First of all, Thank You K Anne Raines for sending me this beautiful book!!!

„Now I lay me down to sleep,

I pray the lord my soul to keep,

If I shall die before I wake,

I pray the lord my soul to take.”

After her grandfather died, Grace feels like nothing matters. He was the only person that made her feel like she mattered. Without him, Grace is simply lost.  Her mother hated here, her father left them when she was only 3 years old. Soon, after she met her grandfather’s “lawyer”, she knew the world will never be the same. She will never be the girl she thought she was. Yes, she is different, but not a freak, she has a gift, not a curse. Not only does she have a secret, but it seems everyone around her has their own secrets. Evan that stranger from her grandfather’s funeral isn’t what he said he is. Her grandfather told her in a letter that she could trust him, but something went wrong and she refused to do that. So, who can she trust? It seems that everyone has a secret, one wrong step and she would be dead, and with her, the world will end. How can she prepare for the fight to stay alive, and finish high school….all at one time?

Shattered Grace is full of emotions that will make you angry, sad, happy and take a breath when you didn’t realize you were holding it. Grace’s life is like the life of  a normal teenager with ups and downs with girlfriends, boys and dating and partying, fighting with parents and other family members.   Even you think is just a supernatural story, „Shattered Grace” is more like a life lesson because „nothing is what it seems”.

This book was amazing!I enjoyed it thoroughly and I can’t wait for the next one in this series.I  recommend this book to everyone!!!

„A surprised Quentin stood wide-eyed and slack-jawed. “Can you see through walls?” “Can I what?” His eyebrows drew together as he chuckled. “I’m not Superman.” “Can you fly?” “No.” He sounded completely unwilling to elaborate. “Are you almost done? You have school tomorrow and your mom has to get up for work.” “Be there in a minute.” Relieved he didn’t witness her performance, Grace turned and surveyed her room.”

“How’d you know I was standing outside the door?” “Well, it’s kind of like what I said to you about the band helping me know how you’re feeling. It also helps me sense where you are.” “It’s a GPS tracker?” she asked as her mother remained quiet, but obviously visually engaged in the conversation. “Not exactly.” “Then what, exactly? Stop speaking ‘Quentin’ and just spit it out already.” This beating around the bush thing was going to drive her mental. “The seneschal band links us together. I sense you, feel you. Your emotions run through my veins … fear, sadness, happiness. The whole gamut.” Laney still hadn’t said a word and the look on her face confirmed to Grace she wasn’t surprised by anything she heard. Grace’s head swiveled back and forth between the two. “So, what you’re telling me is, not only can I be sensed by the others, but I can also be tracked by you?” “Basically.” “Great, my personal paparazzi posse is now complete. Yay, me!” She jerked her chin toward her mother.”

„Elephants somewhere must be flying, because Laney calling in to work to stay home and take care of Grace was a fluke.”

„Later, she tried calling Emily, who said she and Tommy were studying—uh-huh—and that she would call her later. Grace didn’t expect a call back. All Emily had time for anymore was Tommy. Before Tommy, she and Emily were practically joined at the hip. Since Tommy, Grace had started feeling pretty lonely.”

K Anne Raines is the author of Shattered Grace, the first novel in her Fallen from Grace series  She is a Washington State University graduate and the senior accountant at a local firm in her home town. K Anne is sought by business clients for her math skills, but readers pursue her imagination in the Fallen from Grace series.  Her husband suffers as a target of her quick wit, but loves her brains and beauty (he is responsible for all the glowing comments here).Grace is brought to life in Shattered and encounters new challenges in books II and III.  K Anne’s impassioned but regular commitment to chocolate covered raisins and the occasional mint chocolate chip ice cream inspires creativity at home . . . wherever the raisins or ice cream are, there she is with a laptop.  A lover of great sushi and other fine food, K Anne prefers coffee in the morning, the right wine in the evening, and her fireplace at all times.
A Northwest native, K Anne Raines is the mother of three, cat lover, avid exerciser, and blanket hogger.
http://www.facebook.com/raineskanne
http://www.kanneraines.com
http://www.twitter.com/KAnneRaines 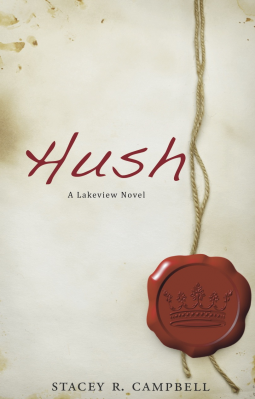 For small-town girl Blakely Henry, any hope of finding her biological parents died when she stopped believing in fairy tales and Disney princes. That is, until she spots her boarding school’s new British exchange student, Max Ryder, staring at her. Why would a boy who looks like he stepped out of the pages of a magazine be looking at her? Because Max knows something Blakely doesn’t.
Following the tragic demise of one of Europe’s most beloved royal families, Max has stumbled upon information he thinks may lead to a lost royal heir, and now he is on a quest halfway around the world to see if he’s right.
Sworn to secrecy by his university professor and the headmaster of Lakeview Academy, Max is admitted into an exchange program with the sole purpose of finding out the truth. But will his personal feelings for Blakely get in the way?
When a stolen email surfaces, Blakely and her friends’ lives are threatened, and Max starts to question what he is really after.
From the exclusive rolling lawns of Canada’s most prestigious boarding school to the University of Saint Andrews’ hallowed grounds, Blakely’s quiet, unassuming life is turned upside down. Is she really who she thinks she is? Can she survive long enough to help Max unearth the truth?

I’ve been telling stories as long as I can remember.
After graduating from Brewster Academy, in Wolfeboro New Hampshire, I went to Whitman College where I pursued a degree in Anthropology and a minor in studio art. After a semester abroad, at Monash University in Melbourne Australia, (where I learned more about scuba diving and beach volley ball than anything else) I transferred to the University of Washington where I graduated with a degree in communications. I have always wanted to be a writer I didn’t sit down and try to write in earnest until the summer of 2008. What happened, you wonder? Was I hit on the head, abducted by aliens, given a life altering diagnosis? No, nothing so dramatic, although it might be fun to write about; I just couldn’t put off sitting down at the keyboard any longer.(…)The first novel I wrote, Shanghaied, took three years and is still sitting on my counter. Someday soon I am going to go back and rewrite it. The story is dedicated to my father and the idea came from stories he used to tell me when we sailed around Vancouver Island. It’s a good old fashioned, turn of the century, swashbuckling, pirate yarn.

In Beatrice Prior’s dystopian Chicago world, society is divided into five factions, each dedicated to the cultivation of a particular virtue–Candor (the honest), Abnegation (the selfless), Dauntless (the brave), Amity (the peaceful), and Erudite (the intelligent). On an appointed day of every year, all sixteen-year-olds must select the faction to which they will devote the rest of their lives. For Beatrice, the decision is between staying with her family and being who she really is–she can’t have both. So she makes a choice that surprises everyone, including herself.

During the highly competitive initiation that follows, Beatrice renames herself Tris and struggles alongside her fellow initiates to live out the choice they have made. Together they must undergo extreme physical tests of endurance and intense psychological simulations, some with devastating consequences. As initiation transforms them all, Tris must determine who her friends really are–and where, exactly, a romance with a sometimes fascinating, sometimes exasperating boy fits into the life she’s chosen. But Tris also has a secret, one she’s kept hidden from everyone because she’s been warned it can mean death. And as she discovers unrest and growing conflict that threaten to unravel her seemingly perfect society, she also learns that her secret might help her save those she loves . . . or it might destroy her.

Summit Entertainment bought the rights to film an adaptation of the novel. Neil Burger will direct, with Shailene Woodley starring as Beatrice Prior. Lionsgate and Summit plan to distribute the film. The movie will be filmed in Chicago — the same place it’s set in the book. The Illinois Film Office has confirmed that Divergent will start shooting in April.

This is what I found on Teen.com:

–According to Entertainment Weekly, the coveted part’s been snatched up by Theo James, an actor known for his one-time stint on Downton Abbey and as the lead on CBS’ Golden Boy. The 28-year-old says of the news, “As a fan of Divergent, I am thrilled to have been chosen for the role of Four and to be a part of such a phenomenal story. As an actor, I am excited to explore and play this incredibly complex and mysterious character. Director Neil Berger is a remarkably visionary filmmaker. Along with the incredibly talented Shailene Woodley, we are looking forward to the fantastic adventure of bringing this beloved book to life on the big screen for all the fans.”–

Jai Courtney will portray Eric, a transfer from his original faction of Erudite who became a leader of Dauntless when Four turned down the job.
Also among the cast are , Aaron Eckhart as Andrew Prior, Maggie Q as Tori, Zoe Kravitz as Christina, Ansel Elgort as Caleb, Miles Teller as Peter, and Jai Courtney as Eric.

Kate Winslet has entered negotiations for a role in Divergent.

It seams that Jeremy Irvine (Albert Narracott from War Horse -2011) was offered the role of Four but he turned down the part. Why? Because he didn’t want to be seen as a teen idol.  Mhmm, Boy, you don’t know what you just did- you’ll regret this decision.

This is all I know… for now.